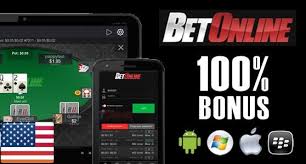 With a history going back quite a significant amount of time, Betonline.ag has gained an extensive following among online casino players. Though the website was established in 2004, it has roots going back much further than this. As a result, it’s been able to continually refine itself to make sure that it offers exactly what players want.

During this time, Betonline.ag has received a large amount of praise from gamblers for its extensive sportsbook, variety of games, and much more. Alongside this, the gambling site has received attention for a high-quality design that has allowed players to navigate through it and bet quite easily.

As a result of this, it has been one of the better-recommended online casinos for quite some time. While there can often be a difference between reputation and reality, this doesn’t appear to be the case with Betonline.ag. This should mean that players will be able to take advantage of a high-quality experience with the site, regardless of which country they’re playing in.

Despite this, it’s worth taking an in-depth look at Betonline.ag to make sure that potential players know what they’re signing up for.

Registering an account with Betonline.ag is much simpler than many players might expect. Typically, this should take only a few minutes, with users needing to put in some pieces of vital information. This includes all of the data that is usually required from an online casino, such as name, email, date of birth, and others.

These aren’t out of the ordinary for the majority of players, so nothing should come as a surprise. One of the beneficial aspects of this is that the website doesn’t seem to have restrictions based on location. As a result, players should be able to sign up regardless of where they live.

While the sign-up process is relatively simple and straightforward, confirming an email address might take slightly longer than some players would want. This is mainly because it could take longer than average to receive the confirmation email.

The welcome bonus that Betonline.ag offers is quite large when compared to many of its competitors. Players should be able to take advantage of an extra 50% on top of their first deposit. However, there are a few terms and conditions that new users will need to be aware of when they’re signing up to claim it.

The first of these is that they’ll need to use the promo code BOL1000 when making the first deposit. Alongside this, players will have to deposit at least $55 to take advantage of it. However, the maximum amount that players will be able to apply the bonus to is much higher than might be found elsewhere, with this being up to $1,000.

The free plays that players will get are also only available with the sportsbook, which many people might find restrictive. However, they’ll have up to 30 days to use the welcome bonus, which is much longer than other casinos.

Lastly is the fact that deposits that are made through either Skrill or Neteller don’t qualify for Betonline.ag’s welcome bonus. Many players could be quite limited by this, as it might be seen as quite a significant drawback.

There are quite a large number of Betonline.ag tournaments to take advantage of, which should be appealing to the majority of players. These are spread out across a few games, although they’re much more limited than users could see elsewhere.

While this could be a drawback for many people, the tournaments that are available are spread across a few popular games. Some of the more notable of these are focused on No Limit Hold’em, which should be an appealing choice for many players.

Though No Limit Hold’em accounts for the majority of tournaments at Betonline.ag, the website is slowly increasing the number of games. As such, players should also be able to take advantage of Pot Limit Omaha, as well as a few other options.

However, the amount of options for players to choose from is much more limited than many people may want. This could mean that the majority of gamblers may want to look elsewhere if tournaments are their main focus.

The cash game activity with Betonline.ag is somewhat surprising, as it’s spread slightly unevenly across the site. Most of the activity seems to be focused on the live casino games, such as Texas Hold’em and a few others. While these are always relatively popular among players, it’s meant that many of Betonline.ag’s other offerings aren’t quite as active.

However, the sportsbook section of the website could rival the number of players seen at the live casino, if not exceed it. This is primarily because there’s much more on offer here that might be seen with the rest of the site. As a result, it’s quickly becoming a major draw for the casino.

Despite this, Betonline.ag doesn’t see as much traffic as might be found on many other websites. This could be both a positive and negative for many players. While it means that there’s less competition at tournaments, it could also reduce the jackpot that might be available.

As such, there are both pros and cons to this level of activity.

Tournaments at Betonline.ag take place across the week, although the most notable of these take place during the weekend. There are a few obvious reasons for this, such as players being more activity during these days. However, there are still a few notable daily tournaments that users should be able to take advantage of.

According to the website, there’s up to $250,000 of guaranteed winnings available every week. This should be enough to appeal to the majority of people. However, this total is spread across all of the tournaments that Betonline.ag has, so it may not be as large as many people might believe.

Despite this, the daily and weekly tournaments should be enough to draw in players who might not want to play for too much money. This is especially true when it comes to the buy-ins, which are much lower than seen elsewhere.

These start at a few pennies and run up to $11. The low buy-ins are reflected in the overall winnings that could be available. Naturally, this means that most of the tournaments will have smaller pots than more experienced players may be used to.

This should mean that it’s one of the relatively few drawbacks with the online casino. Despite this, the low buy-ins could be enough to appeal to many players, though this will have to be balanced with the relatively small potential winnings.

There are quite a large number of deposit and withdrawal methods available with Betonline.ag. As many players would expect, this includes the obvious options of wire transfers, credit/debit cards, Skrill, Neteller, and much more. However, there are also a few more that some users might not have expected.

These include a variety of cryptocurrencies, which could be beneficial to some players. However, it should be noted that there can be different minimums and maximums available with each of these options, which players should be aware of before choosing. This should warrant a look at the casino’s FAQ page before signing up.

Alongside this is the fact that some deposit methods at Betonline.ag might mean that new players can’t take advantage of the welcome bonus. However, these are relatively few, so users shouldn’t have to worry about the majority of options.

The customer support at Betonline.ag leaves a lot to be desired, especially when it comes to the live chat function. This is because the chat support is of a lower quality than many players might find elsewhere, which the majority of players might find unappealing. While there are other options available here, these can be relatively hit or miss.

As a result, some players might become quite frustrated with trying to contact a customer service professional. Though the company can occasionally go above and beyond, this seems to be somewhat rare. One of the more notable aspects of this is that it could take much longer to hear back from customer support than players might be used to.

However, this doesn’t mean that there aren’t a variety of options to take advantage of. In contrast to many other casinos, Betonline.ag offers slightly more than players might see elsewhere. While it provides the typical live chat function and phone support, there are a few email addresses to contact.

These are spread out across different departments, including general, poker, casino, and skill games. This should mean that players will be able to get in touch with someone based on their specific needs, although this could take some time.

There are quite a large number of reasons why players should consider signing up for Betonline.ag. With the large variety of welcome bonuses that are on offer, new users should at least be able to take advantage of a large number of free bets. This should mean that gamblers will be able to see the potential benefits of the online casino for themselves.

While there are some negatives to the site, these are relatively minor. This is quite true when compared to many other online casinos, which come across as of a much lower quality. As such, this is one of the better-recommended options for the majority of people looking for a new site to bet with.

The sportsbook is one of the notable areas where Betonline.ag shines, although there are quite a few aspects to the site that players should like. However, the lack of chat support could be a drawback for many players. Despite this, the phone support that’s on offer should more than compensate for this.